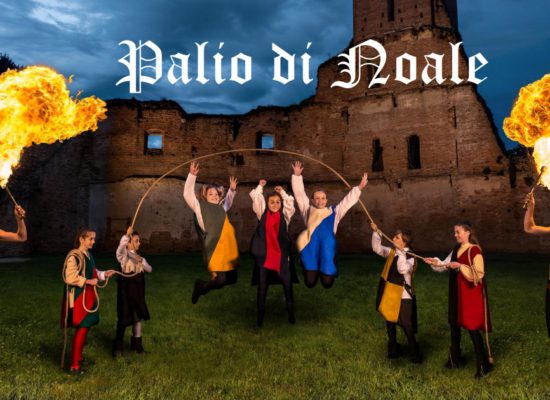 It is arriving, as every third weekend of June, the great festival of Palio of Noale, a reenactment of the one that was organized by Tempesta in their castle, to relive the magic of the Middle Ages.
The Palio is scheduled on June 17-18-19: three days of festivities, shows and traditions, that will see protagonists the districts, called contrade, of the city.
Musicians, acrobats, archers and falconers cheer visitors, while most taverns reproduce the popular foods of that period.
One of the most awaited moment is the parade with hundreds of costumed figures: children, youth, men and women, old people, all involved in this great show.